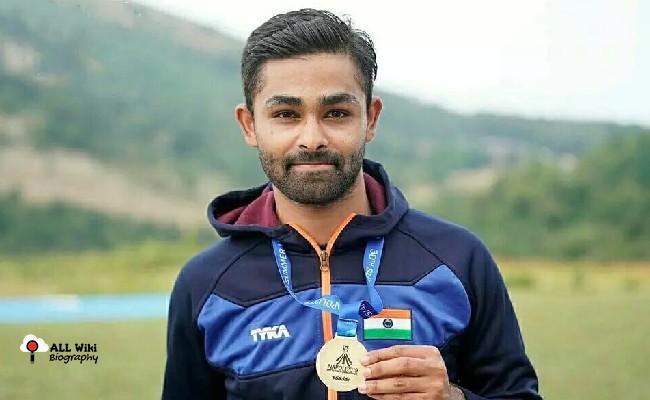 Angad Vir Singh Bajwa is an Indian Sport Shooter and He represents India in Men’s Skeet event. He was born on Wednesday, 29 November 1995, in Chandigarh, India. His father Gurpal Singh Bajwa is a businessman and runs a hospitality business in Canada.

In 2007, at the age of 12, he developed an interest in shooting and started training in pistol shooting, Later switched his focus to shotgun shooting. In 2013, He moved to Canada for studies and continued his shooting and also participated in national tournaments by representing Canada and his University.

He decided to return back to India by quitting his studies midway and continued his studies in Chandigarh. he then maintained a balance between studies and shooting.

Three years later, he competed in the Asian Shotgun Championships 2018 and won gold in the men’s skeet individual event. By winning the gold medal, he secured his berth for his debut summer games at the 2021 Tokyo Olympics.

In the following year, He won a Gold and a Silver in Men’s Skeet Individual and Skeet Mixed Team respectively at the Asian Shooting Championships held in Doha. Later that year, at the 2019 Summer Universiade, he won a bronze medal in the men’s skeet individual event.