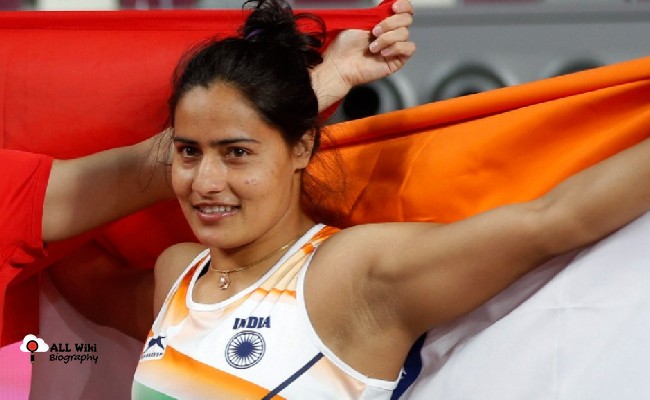 Annu Rani is an Indian Athlete (Javelin thrower) and She was born on Friday, August 28, 1992, in Meerut, Uttar Pradesh, India.

During her childhood, her brother Upendra identified the extraordinary strength in her arm, while playing cricket with her family member when Annu easily threw the ball while fielding at the boundary. Then, Upendra thought of placing a javelin in his sister’s hand. Since then, he started training Annu in javelin throw, initially, she used to practice with sugarcane stalks.

After some time, she started getting serious in the sport but her father was against it. In her school days, Annu used to walk 8 kilometres a day balancing between her studies and practice. She was a strong girl and could throw the javelin up to a distance of 25 meters during her middle school.

She used to train by herself and started participating in district and state meets at the junior level. Seeing her interest, and potential, her father realized and started encouraging her.

In 2012, she won her first gold medal at the Singapore International Open. Kashinath Naik, a former athlete-turned-coach, spotted her talent and wanted to take Annu under his wings and train her for the international stage, But her family is not interested in it as she has to stay away from her home. Later, Kashinath convinced her family and Annu officially became his student in 2013.

In 2014, Annu set the national record in women’s javelin throw (58.83m) while clinching the gold medal at the 2014 National Athletics Championships. She then participated in the Commonwealth Games Glasgow and finished 8th with a throw of 56.67m. At the Asian Games Incheon, She won a bronze medal with a throw of 59.53m.

Two years later, in 2016, Annu Rani became the first Indian woman javelin thrower to break the 60-meter mark with a throw of 60.01m at the National Athletics Championships. She then bagged a silver medal at the South Asian Games 2016.

In 2021, Annu Rani qualified for her debut Olympics at the 2020 Tokyo Olympics based on her Road to Tokyo rankings of 19.