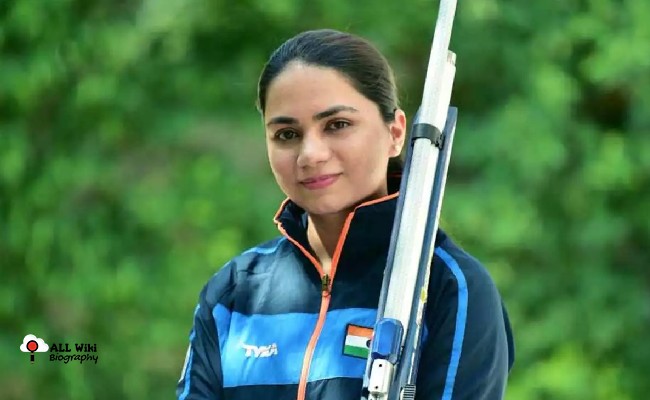 Apurvi Chandela is an Indian Sport Shooter and she represents India in a 20km Race walking event. He was born on Monday, January 4, 1993, in Jaipur, Rajasthan, India. Her father Kuldeep Singh Chandela is a hotelier and sports enthusiast and her mother Bindu Rathore is a national basketball player.

Initially, she wanted to become a sports journalist because of her love for sports. Later, she dropped the plan and decided to try shooting. For practice, she used to travel at least 45 kilometres from her home to the shooting range. Later, Apurvi father Kuldeep Singh had set up a shooting range at their home.

In 2012, she won the Bronze medal in the state-level championship. Later that year, she won the Gold medal at the National Shooting Championships held in New Delhi, in a 10m air rifle event.

In 2014, She won her first international medal at the Intershoot Championships held in The Hague, Netherlands. In the same event, she won a total of 4 medals, 2 medals each in Individual and Team events.

She then participated in her debut ISSF World Cup 2015 in Changwon, China, and won a Bronze medal. Later that year, she won the Silver medal at the ISSF World Cup Final held in Munich.

In 2020, she secured her spot in the Tokyo Olympics.