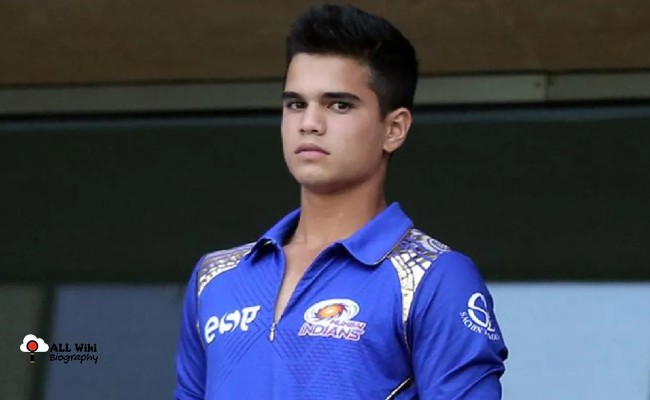 Arjun Tendulkar is an Indian Cricketer and he is the son of the Legendary Cricketer Sachin Tendulkar. He was born on Friday, September 24, 1999, to Sachin Ramesh Tendulkar and Anjali in Mumbai, India.

Arjun has a younger sister named, Sara Tendulkar. He is a left-handed batsman and left-arm medium-pace Bowler. At the age of 8, his father Sachin Tendulkar arranged Cricket Coaching Club for him. On 22 January 2010, Arjun played his 1st match at the Under-13 Tournament in Pune.

In 2011, I have played his 1st National level match at the Cadence Trophy Tournament in Pune. In the following year, he scored his 1st century while playing for Khar Gymkhana in an Under-14 match at the Cross Maidan against Goregaon Center.