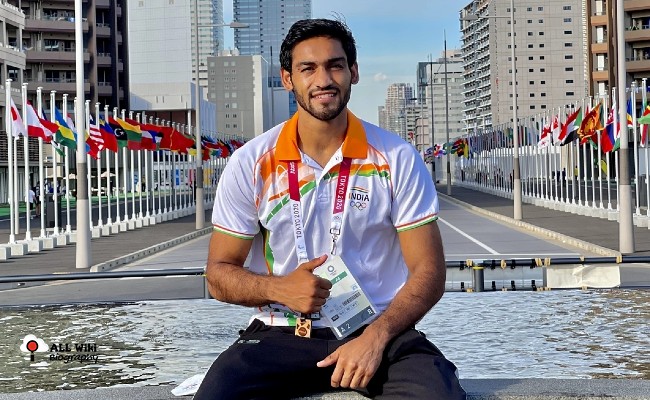 Ashish Kumar is an Indian Professional Boxer and He was born on Monday, July 18, 1994, in Dhanotu, Mandi district, Himachal Pradesh, India. His father Late Bhagat Ram Dogra is a former national level Kabbadi player, while his mother is a homemaker.

He has 4 siblings, 3 brothers and one sister. Ashish was inspired by his brothers to take up boxing as a career, his one brother in boxing and another one in wrestling. Initially, he tried his hand in wrestling but soon lost interest and started boxing.

In 2019, Ashish won a gold medal in the middleweight category at the Thailand Open and he then bagged a silver medal in the Asian Boxing Championship 2019.

In 2020, he qualified for the Tokyo Olympics after reaching the semi-finals at the Olympic Qualification Tournament (Asia and Oceania Boxing) held in Amman, Jordan.