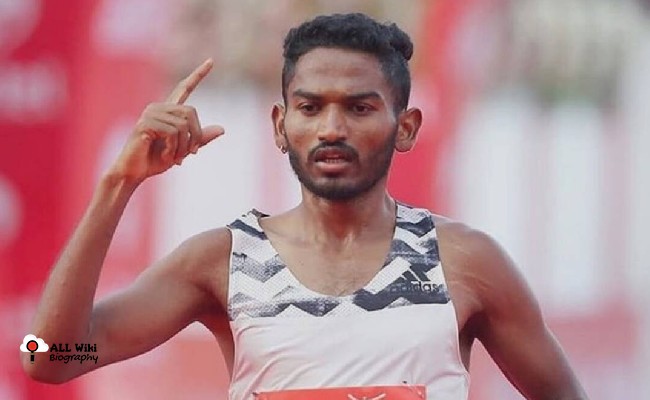 Avinash Sable aka Avinash Mukund Sable is an Indian Athlete (3000m Steeplechase) and He was born on Tuesday, September 13, 1994, in Mandwa, Beed district, Maharashtra, India.

He Was Born In A Farmers Family And He Used To Walk For 6 Km Every Day From Home To School And Return Because Of Lack Of Transport Facilities In His Village.

After Completing His Matriculation, Avinash Joined the Indian Army And Serving At The 5 Mahar Regiment And Was Posted At Siachen Glacier In 2013-2014. Later, He Was Transferred To The Deserts Of North-western Rajasthan And Sikkim In 2015.

In 2015, He Took Part In Inter-army Cross Country Running And Then Switched To Train In a Steeplechase Under The Chief Coach Of The Army’s Distance Running Program Amrish Kumar In 2017.

During This Time, He Focused On Improving His Timing And Stamina And That’s When He Caught The Eyes Of His Trainer Amrish Kumar. He Then Has Graduated From Pune University And Currently, He Is Working As A Junior Commissioned Officer In The Indian Army.

In 2018, Due To An Ankle Injury, He Was Dropped Out Of The Asian Games. After Recovering From The Injury, He Participated In The Open National Athletics Championship Held In Bhubaneshwar And Broke The 37-year-old National Record Set By Gopal Saini At The 1981 Asian Championship In Tokyo, Clocking 8:29.88.

In the final, he broke his own national record by clocking 8:21.37 and He finished at 13th position in the race out of 16 steeplechasers. He then secured his berth at the 2021 Tokyo Olympics after achieving the benchmark to qualify for the event.

In 2020, Avinash Sable Broke The Indian Half Marathon By Clocking 1:00.30s At The Airtel Delhi Marathon And Became The First & Only Indian To Complete The Half Marathon In Under 61 Minutes. He Finished 10th In The Event.