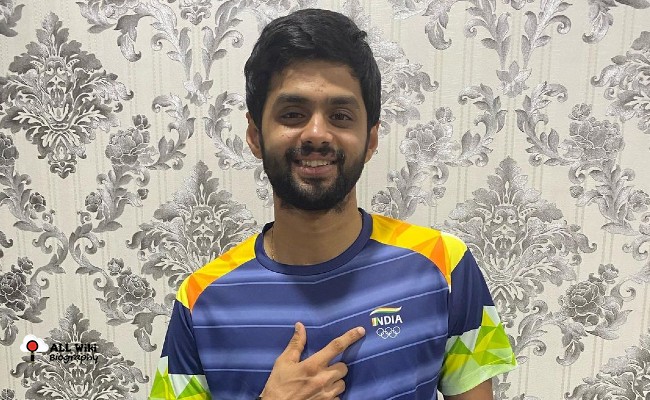 B Sai Praneeth is an Indian Professional Badminton Player and he was born on Monday, August 10, 1992, to Seshadri Deekshitulu and his wife Madhavi Latha in Palakollu, Andhra Pradesh, India.

Sai has a young brother Sai Praveen. From a very young age, he was interested in badminton and He was inspired by his maternal aunt, Kasturi Devi, a former national badminton player.

In his school day, He used to wake up at 4 A. M and travel 18-kilometre to reach his academy in Gachibowli and dedicate 4 hours of badminton training. Sai Praneeth’s maternal grandfather Siva Shankar Rao helped him excel in sport.

In 2013, he stunned Muhammad Hafiz Hashim of Malaysia (Titleist of 2003 All England Badminton Championships) in the 1st round at the Thailand Open Grand Prix Gold. Later in that year, he defeated Taufik Hidayat of Indonesia (2004 Olympic Gold-Medalist and the former World No.1) in the first round of his final at the Indonesian Open.

B Sai Praneeth All Wiki Biography:

Due to injuries, he took some break between 2014 to 2015. In 2016, Praneeth gained some much-needed recognition when he stunned Lee Chong Wee of Malaysia (3-time Olympic Silver-Medalist and former World No.1) in the 1st round at the All England Badminton Championships.

Later in that year, he defeat his compatriot Srikanth Kidambi in rubber games and won the Singapore Open Super Series after beating. He then became the fourth Indian to win a superseries title after Saina Nehwal, Srikanth Kidambi, and P.V.Sindhu.

In 2021, Sai Praneeth qualified for the Tokyo Olympics as he’s in the top-16 with a rank of 15 as per the Badminton World Federation rankings list.