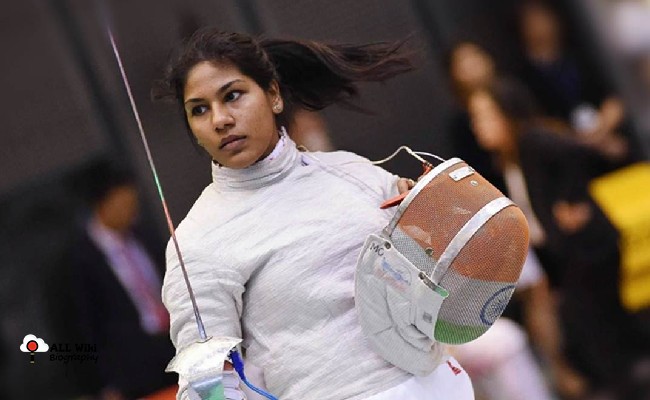 CA Bhavani Devi (aka Chadalavada Ananda Bhavani Devi) is an Indian Sabre Fencer and She was born on Friday, August 27, 1993, in Chennai, Tamil Nadu, India. Her father CA Sundararaman is a temple priest and her mother Ramani is a housewife. She has 4 siblings, 2 elder sisters and 2 Elder brothers.

In 2003, Bhavani was introduced to fencing while studying in 6th standard in her school. She is then interested in fencing and pursues the sport passionately. After schooling, she joined the Sports Authority of India Centre in Kerala and got trained under fencing coach Sagar Lagu to master her fencing skills.

Her parents faced a lot of problems to fulfil their daughter’s dream. At one point, she thought of quitting the sport because of a lack of funding to purchase the equipment. In 2015, GoSports Foundation (Rahul Dravid Athlete Mentorship Programme) came to her aid and provided her with a scholarship.

In 2007, Bhavani participated in the Junior Nationals at Amravati in Maharashtra, where her fencing talent was spotted by national coach Sagar Lagu. She moved to the SAI centre in Thalassery, Kerala. In the same year, At the age of 14, she appeared at her first international tournament in Turkey and got the black card for being late by 3 minutes.

She then won her first national Gold medal in U-17 Junior Nationals 2008. Two years later, she was crowned as National Champion for the first time at the Senior National Open Fencing Championships 2010.

Bhavani emerged as National Champion seven times Between 2011-2018. In 2014, Bhavani made her international debut in Turkey. In the same year, she won her first international Gold medal at the Tuscany Cup in Italy.

She achieved the feat of becoming the 1st Indian fencer to win the Gold medal in an international fencing event at the Tournoi Satellite Fencing Championship Reykjavik 2017 in Iceland. In the following year, she won the Silver medal at the same tournament.

A post shared by C A Bhavani Devi (@bhavanideviofficial)