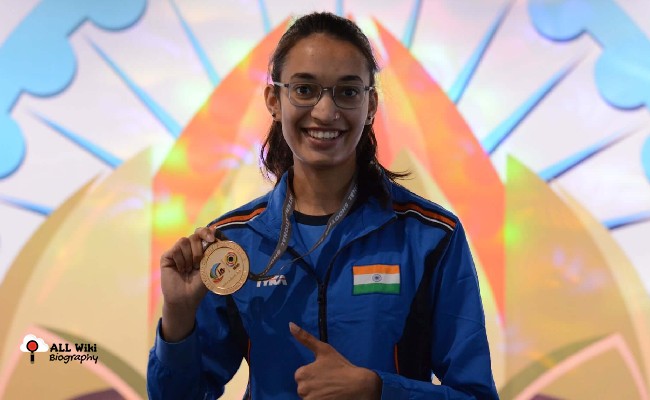 Chinki Yadav is an Indian Sport Shooter and She represents India in a 25m Women’s Pistol event. He was born on Wednesday, November 26, 1997, in Bhopal, Madhya Pradesh, India.

She along with her parents and brother used to live in a single room on the premises of the Tatya Tope Nagar Sports Complex. Her father Mehtab Singh Yadav worked as an electrician in that sports complex and her mother is a housewife.

In 2011, Chinki decided to pursue her career in shooting and trained under former world no.1 pistol shooter Jaspal Rana. Her training expenses were bored by the Madhya Pradesh shooting academy.

Chinki then participated in shooting competitions in state-level and junior nationals and won many medals. In 2015, she made her international debut and won her first international medal by winning a bronze medal in 25m air pistol women’s junior at the 2015 Asian shooting championships held in Kuwait.

At the 2017 ISSF junior world championships, she won a bronze in the 25-metre pistol team event at Suhl in Germany. Two years later, she participated in the Asian shooting championships and finished 2nd in the qualification round with a score of 588 and qualified for the final.

In the final, she finished in 6th position and her performance secured her berth for her debut summer games at the Tokyo Olympics.