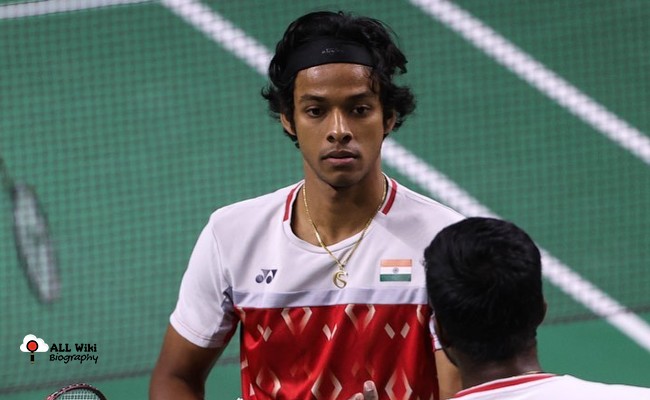 Chirag Shetty is an Indian Professional Badminton Player and he was born on Friday, July 4, 1997, to Chandrashekhar Shetty and his wife Sujata Shetty in Mumbai, India.

In 2016, he made his international debut at Asia Team Championships Hyderabad 2016 and won the bronze medal along with his partner Satwiksai Raj Rankireddy.

He won the Gold medal at Commonwealth Games 2018 in the Mixed Team category and won the silver medal in Men’s doubles with his partner Satwiksai Raj Rankireddy.

Chirag then won the Bronze medal at Asian Games 2020 held in Manila, Philippines along with his team in the Men’s Team category. Chirag and his partner Satwiksairaj secured their berth in Tokyo Olympics in Badminton after finishing ninth in the race to Tokyo Olympics Men’s Doubles ranking.