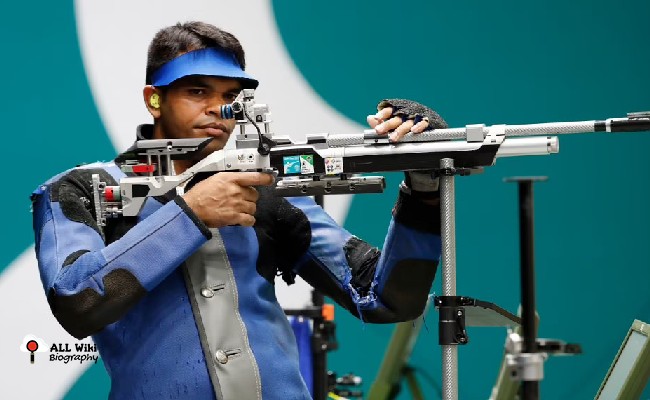 Deepak Kumar is an Indian Sport Shooter and He represents India in a 10-metre air rifle event. He was born on Thursday, November 5, 1987, in Delhi, India. His father Raj Kumar is a government employee working in the Delhi tourism department and his mother Vimal Devi is a housewife. He has two siblings and Deepak is the youngest of all.

At the age of 9, his father joined him in gurukul in Dehradun because his parents wanted him to experience Indian traditional education. In 2014, he developed an interest in archery and started practising archery there. He then competed in district and state archery competitions and then represented Uttarakhand at the national level.

Soon, he developed an interest in shooting, when he met Jaspal Rana (Ex-World no.1 pistol shooter) who motivated him to pursue shooting professionally. From then he joined a shooting training school to ace the game.

In 2017, Deepak made his international debut at the Commonwealth Championships held in Brisbane, Australia and won his first medal by clinching bronze in the 10m air rifle individual event.

In 2019, at the ISSF world cup 2019 held in Munich in Germany, he won the silver medal in a 10m air rifle mixed team event. He then won the bronze medal at the Asian shooting championships and secured his berth at the Tokyo Olympics.