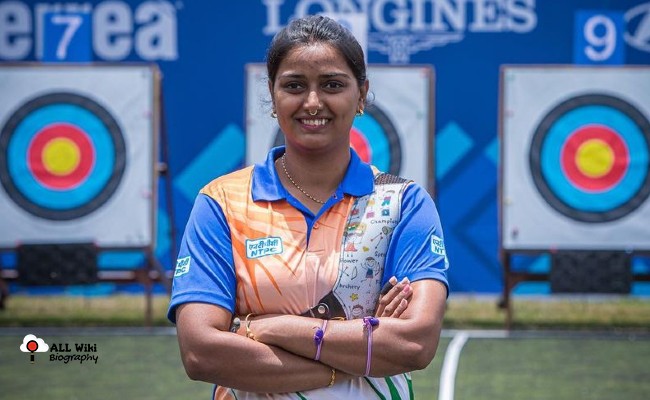 Deepika Kumari is an Indian Professional Archeress and She was born on Monday, June 13, 1994, in Ranchi, Jharkhand, India. Her father is Shivnarayan Mahato (Auto-driver) and her mother is a Nurse at Ranchi Medical Hospital.

Initially, as her family couldn’t afford expensive equipment, so she used to practice with homemade Bamboo bows and arrows. In 2005, Deepika started her training in Archery at Arjun Archery Academy.

Later, in 2006, she moved to Tata Archery Academy in Jamshedpur. Here she got good training and also received Rs 500 as a Stipend. After winning the Cadet World Championship title in 2009, Deepika returned home after three years.

In 2010, She won the Gold medal at the Commonwealth games in both women’s individual and team recurve event. In May 2012, She had won her first Archery World Cup individual recurve gold medal at Antalya (Turkey).