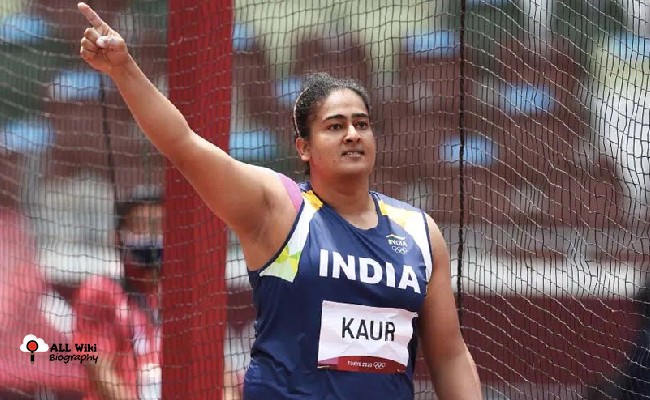 Kamalpreet Kaur is an Indian Athlete (Discus thrower) and She was born on Monday, March 4, 1996, in Patiala, Punjab, India and Her father Kuldeep Singh is a farmer.

She did her schooling at Dasmesh Girls Senior Secondary School, Badal, Punjab and later, studied her Graduation from Punjabi University, Patiala, Punjab.

Since childhood, she wasn’t interested in her studies. Due to her physique, her school Physical Education trainer suggested her try hands-on athletics. In 2012, she then participated discus throw in the state meet and finished in 4th position.

Since 2014, Kamalpreet has taken sport seriously and started her initial training at the Sports Authority of India (SAI) centre in her village. In 2016, she became the national champion in the U-18 and U-20 at the National Junior Athletics Championships.

In the following year, She made her debut at the 2017 World University Games held in Taiwan and finished in the sixth position with a throw of 55.07 meters. She then joined Indian Railways as a clerk and also represents them at the national level.

Two years later, in 2019, she finished the fifth position with a throw of 55.59 meters in Doha, Qatar. Later that year, she won gold at the 2019 Federation Cup Senior Athletics Championships, with a throw of 60.25m.

As her family’s financial condition was not good, She is supported by Rahul Dravid Athlete Mentorship Programme through the GoSports Foundation (GSF).

In 2020, she qualified for the Tokyo Olympics 2021 in Discus Throw with a throw of 65.06 meters at the 24th Federation Cup Senior Athletics Championships in Patiala, Punjab. With this feat, she became the first Indian woman to breach the 65m barrier in the discus throw.

On 21 June 2021, she then broke her own record and created a new national record with a throw of 66.59 meters at Indian Grand Prix-4 at the NIS, Patiala.