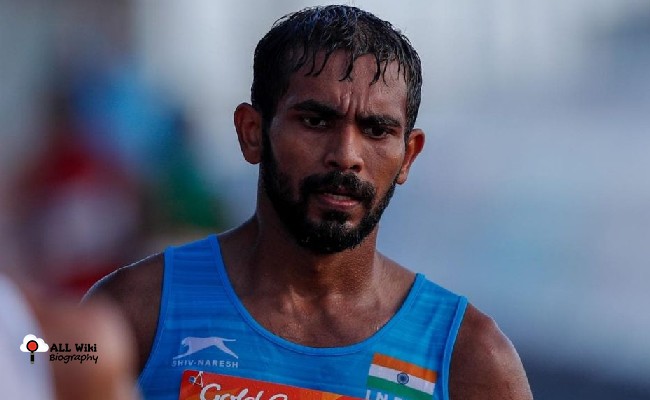 KT Irfan aka Irfan Kolothum Thodi is an Indian Athlete and He represents India in a 20km race walking event. Irfan was born on Thursday, February 8, 1990, in Malappuram, Kerala, India. His father Mustafa KT is a daily wage earner and his mother is Zuleika is a housewife.

He has four siblings and Irfan was the youngest of all. Initially, Irfan was interested in the hammer throw, javelin throw, long jump and football. He wasn’t interested in race walking, with his brother and friend Salman suggestion, he then switched to race walking and this turned out to be life-changing for him.

In 2007, Irfan joined the Sports Authority of India and trained under A Bose. His career was at risk as his coach started firing non-performing athletes and forced him to look for a job. In March 2010, Irfan joined Indian Army as a Sepoy in the sports quota.

He then started training under Subedar Ramkumar in the Madras Regiment Centre. He used to wake up at 5 am every day for his training sessions and he used to train for 3 hrs in the morning that included 1km running warm-up followed by 5km walk warm-up then full-body stretching and other physical training.

In the evening, he trained for 2.5 hrs that included a 1km run and walking warm-up ending with the body stretching exercises. He then started picking up pace in racewalking and started winning medals in the district-level competitions.

In 2012, he won the Gold medal by clocking a national record of 1:22.14s at the Federation Cup Senior Athletics Championship. Between 2013 to 2016, he participated in various tournaments but failed to win medals.

Two years later, in 2019, Irfan won a gold medal in 20Km racewalking with the timing of 1:26.18s at the National Open Racewalking Championships held in Chennai. In the same year, he finished at 4th position in the 20km race walking event by clocking 1:20.57 at the Asian Racewalking Championship in Japan. With this, he qualified for summer games at the 2021 Tokyo Olympics.