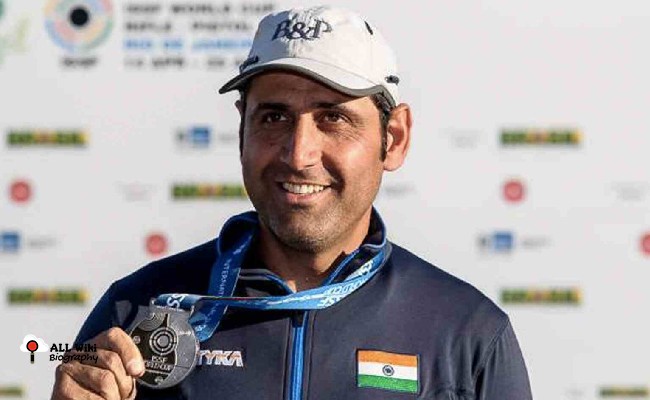 Mairaj Ahmad Khan is an Indian Sport Shooter and He represents India in a Men’s Skeet event. He was born on Sunday, November 2, 1975, in Khurja, Bulandshahr, Uttar Pradesh, India.

His father Ilyas Ahmad Khan is a state-level trap shooter and his mother Farukhi Khan is a housewife. In 1998, After his studies, his uncle was introduced to shooting. From then he developed an interest in shooting and began to pursue shooting professionally.

Initially, He was being trained by national coach Sunny Thomas, later, hired a personal coach Mr Andre Benelli. In 2003, made his international debut for India at the 2003 ISSF World Cup held at Lonato in Italy but didn’t win any medals.