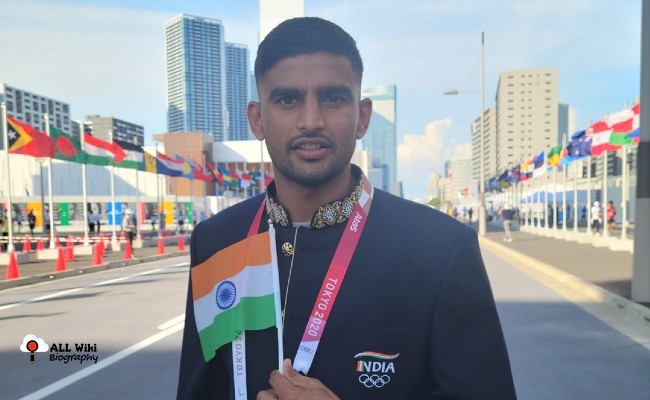 Manish Kaushik is an Indian Professional Boxer and He was born on Thursday, January 11, 1996, in Devsar village of Bhiwani district, Haryana, India. His father Somdutt Sharma is a farmer, and his mother is a housewife.

In 2008, Manish Inspired from Vijendra Singh on winning the Bronze medal at the 2008 Beijing Olympics, he then decided to pursue his career in boxing. Initially,his father refused him to try boxing, but encouraged him to try the sport after he saw his passion for it.

Manish day begins at 4 am so that he could balance his studies and boxing. In his free time, he used to help his father on the field, growing crops and wheat. Manish did his primary schooling in Devsar, Haryana and secondary schooling in Bhiwani and finished his bachelor’s degree from Govt College of Education, Bhiwani.

In the beginning, Manish won medals at the state-level competition and He was a successful junior national-level boxer. He then joined in Indian Army and he then started training at service camp. Narender Rana, senior coach in Service camp, spotted manish skills and took him under his wings.

In 2019, He won a Bronze medal at the AIBA World Boxing Championships Russia in the lightweight event. Manish then qualified his berth in Tokyo Olympics 2021 by Harry Garside, in a 63 kg Box-off at the 2020 Asian Qualifiers.