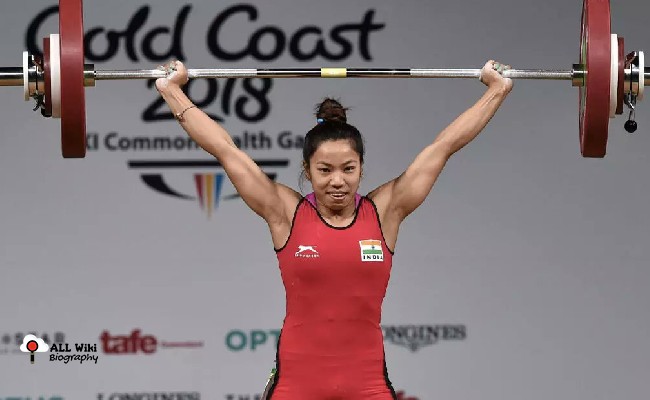 Mirabai Chanu Saikhom is an Indian weightlifter and She was born on Monday, August 8, 1994, in Nongpok Kakching, Imphal East, Manipur, India. Her father Saikhom Kriti Meitei is a government employee and her mother Saikhom Ongbi Tombi Leima runs a shop at home.

Mirabai has five siblings and she is the youngest of all. Her family identified her strength of weight lifting from an early age when she was just 12, where She easily carried a huge bundle of firewood to her home, after her brother, Saikhom Sanatomba Meitei, struggled to lift it on his head.

In 2007, she joined Khuman Lampak Sports Complex in Imphal, where she trained under Anita Chanu. In 2009, she won the Gold medal (first medal) at State-level in the sub-junior category. Two years later, she made it to the national camp and bagged the first national medal in Junior Nationals in 2011.

Mirabai then won the junior national title by lifting 170kg (75 kg Snatch + 95 kg Clean & Jerk) at the Women’s Junior National Championships 2013. In 2014, she won the silver medal in the 48 kg weight category at the Glasgow edition of the Commonwealth Games 2014.

In 2020, Mirabai won the Bronze Medal at Asian Championships. She then participated in Tokyo Olympics, bagged a Silver medal and becoming the 1st Indian weightlifter to win silver in the Olympics and the second Indian weightlifter after Karnam Malleswari to win an Olympic medal.