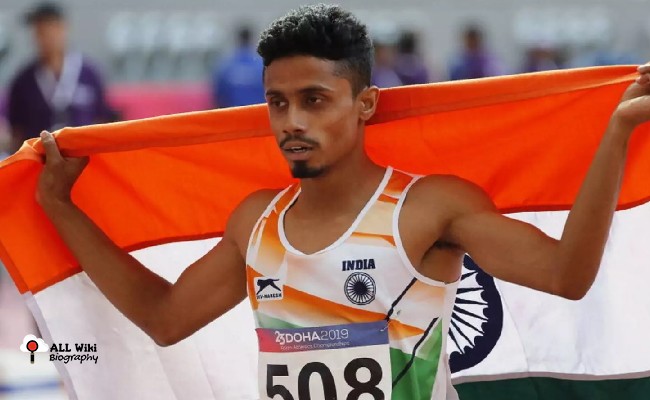 MP Jabir aka Madara Palliyalil Jabir is an Indian track and field athlete and He was born on Saturday, June 8, 1996, to MP Hamza and his wife Sherina in Manjeri, Kerala, India. Jabir has two siblings, sisters named Fatima Jeb and Jessna.

In 2019, He won a bronze medal in 400 metres hurdles with a timing of 49.13 seconds at the Asian Athletics Championships held in Doha. He then a gold medal in 400m hurdles and a silver medal in the 4x400m relay at the South Asian Games 2019 held in Kathmandu, Nepal.

In 2021, he then won gold medals in 400m hurdles at the Indian Grand Prix 4 and National Inter-State Athletics Championships.

MP Jabir has qualified for his debut Summer games at the Tokyo Olympics 2021 based on Road to Tokyo rankings of 33. Jabir is the first Indian male athlete to participate in the 400m hurdles in Olympics.