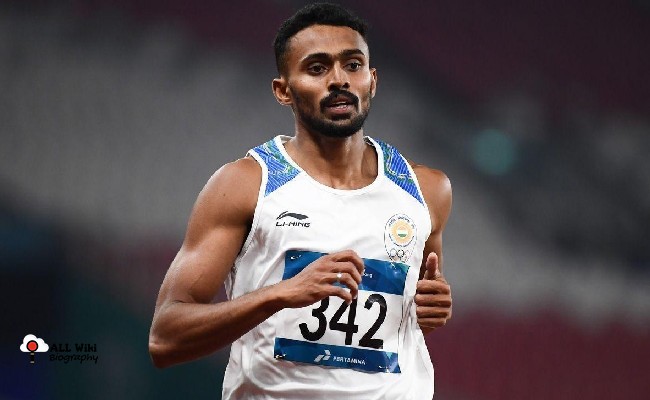 Muhammed Anas is an Indian sprinter and He was born on Saturday, September 17, 1994, to Late Yahiya and Sheena in Nilamel, Kerala, India. Anas has a young brother Muhammed Aness is also an athlete and participated in the long jump at the World University Games 2017.

Since his childhood, he was interested in athletics. He joined Style Sports Academy, Nilamel and started his career in the long jump and later switched to a 400m run. when his coach asked him to participate as the last-minute replacement for a 400-meter competition.

Anas got selected in his school team in a 400-meter race. He then finishes the race in 49 seconds and From there on, he never looked back. He then won medals at the district and state levels competitions. In 2012, He won gold at the Junior national championships. He then won a Silver medal in a 400m athletic event at the Indian University Championships 2014.

Muhammad Anas and his team member Kunhu Muhammed, Ayyasamy Dharun and Arokia Rajiv smashed the national record by completing the race at 3:00:09 timing at the 3rd Indian Grand Prix athletics 2016 event in Bangalore.

In that same year, he improved his timing by clocking below 46 seconds at the Federation Cup held in Delhi. At the end of the year, He made his international debut and broke the national record in 400m by clocking 45.44 seconds in the heats at the Polish Athletics Championships 2016.

In the final of the championships, he shattered his own national record with a timing of 45.40 seconds. This feat, Anas secured him a berth at the 2016 Rio Olympics and became the third Indian athlete to qualify for this Olympic event, after Milkha Singh (1956 and 1960) and K. M. Binu (2004).

He then won his 2nd individual international Gold medal in a 400m individual event at the Asian Games and followed by 2 Silver medals in 4400m men’s relay and 4400 mixed relay events.