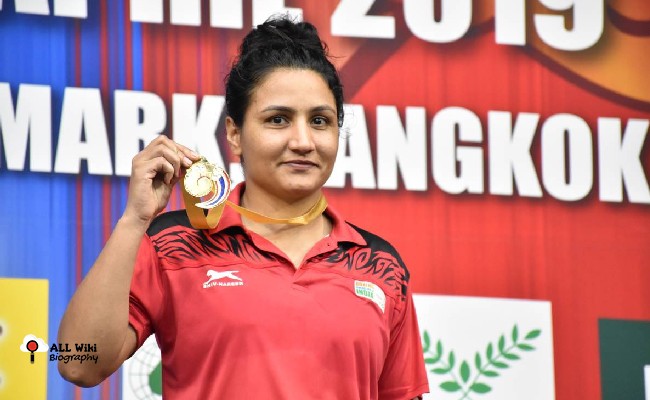 Pooja Rani is an Indian Professional Boxer and She was born on Sunday, February 17, 1991, in Nimriwali, Bhiwani district, Haryana, India. Her father Rajbir Singh is a former Sub-inspector and his mother Damyanti Devi is a housewife.

Rani has two siblings, an elder brother Arvind Bohra and an elder sister Poonam Bohra. From a very young age, she was interested in boxing. Her father was strict and didn’t want her daughter to pursue a career in boxing and want her to focus on her studies.

Pooja secretly enrolled at the Hawa Singh Boxing Academy to pursue her interest in boxing. She used to stay at her friend’s houses to hide her injuries from her father. One day, her father learned about her boxing dreams, he stopped her from attending the practice.

Pooja coach Sanjay Kumar Sheoran noticed that she was missing from the boxing academy, he visited her home and tried to convince his father to allow Pooja to pursue boxing as her career.

However, Pooja’s father Rajbir was still against her decision. After some time, her father Rajbir allowed her to pursue her dream to become a professional boxer.

In 2014, Pooja won her first Asian Games medal by clinching the Bronze at the 2014 Asian Games held in the Seonhak Gymnasium in Incheon, South Korea.

In 2020, Pooja Rani became the 1st Indian athlete to book a ticket to the Tokyo Olympics after defeating Pornippa Chutee (Thailand) at the Asia Oceania Olympic Qualifiers quarterfinal round.