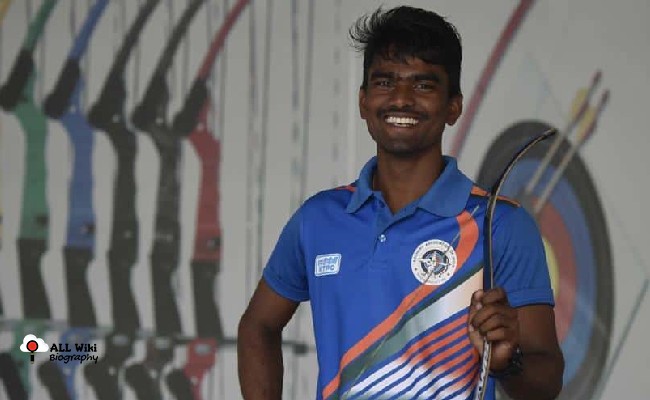 Pravin Jadhav is an Indian Professional Archeress and He was born on Saturday, July 6, 1996, in Satara, Maharashtra, India.

He belongs to a poor family and his parents are daily labourers. He lives in Sarda village, (one of the drought-hit villages of) Satara in Maharashtra along with his parents.

Since childhood, he was passionate about sports but his parents couldn’t afford a proper or ordinary lifestyle due to meagre incomes. Then his primary school teacher Vikas Bhujbal asked Pravin to try a few sporting activities in school.

Vikas Bhujbal joined Pravin in the Krida Prabodhini school (Maharashtra Government School) under a scheme to secure his education and to receive training at Balewadi in Pune in 2012. Vikas Bhujbal took all the responsibilities and expenses of his diet and nutrition to keep him fit and healthy.

Initially, before the coaches recommended him to take up archery, Pravin used to take part in an 800m run based on the tests conducted at the sports school, irrespective of his potentiality to be a runner. A year after, he was transferred to Amravati (Pune) for archery training under the coach Praful Dange.

In 2016, he represented India at the Asia Cup Stage 1 in Bangkok and won the bronze medal in the men’s recurve team event. In 2017, He has been employed in the Indian Army under the sports quota.