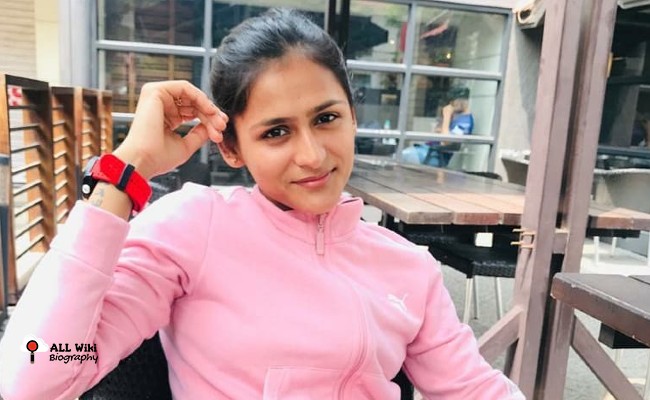 Priyanka Goswami is an Indian woman racewalker and represents India in 20 Kilometer race walk. she was born on Sunday, March 10, 1996, in Muzaffarnagar, Uttar Pradesh, India. Her father Madanpal Goswami is a Bus conductor and his mother Anita Goswami is a homemaker.

She has a young brother Kapil Goswami is a former national level boxer, currently doing a private job as her father got suspended from his job in 2011. In 2007, during her schooling days, she was interested in gymnastics and later, switched to athletics because of prize bags available to successful competitors.

She then competed in the district-level competition as soon as she switched to athletics. She gained her domination in the race walk and won 60 medals at Junior, Senior and National meets and still running strongly.

Priyanka then joined training at the Sports Authority of India, Bengaluru in 2015. Later, in 2018, she joined the Indian Railways as a clerk through the sports quota.

In 2021, Priyanka Goswami qualified for her debut summer games at the Tokyo Olympics 2021 after winning the 20 km race walking with a national record timing of 1:28.45 seconds at the 8th National and International Race Walking Championships 2021.