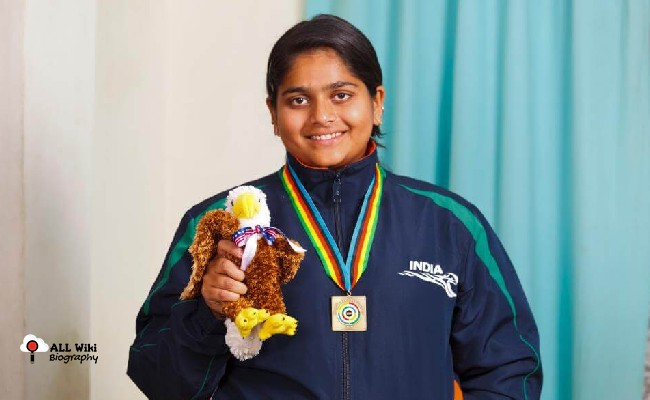 Rahi Sarnobat is an Indian Sport Shooter and She represents India in a 25m Women’s Pistol event. She was born on Tuesday, October 30, 1990, in Kolhapur, Maharashtra, Mumbai.

In 2007, she developed an interest in shooting and started practising shooting under coach Ajit Patil in her hometown in Kolhapur. She later moved to Mumbai to focus on her shooting and from then she was guided by Ms Sheela Kanungo.

In 2011, She made her debut at the ISSF World Cup held in the USA and won a Bronze medal in a 25m air pistol event. By winning the Bronze in the World cup, she secured her berth for her debut summer games at London Olympics in 2012. She becomes the first female Indian shooter to qualify for the 25-metre sports pistol event in the Olympics.

In 2014, She won the Gold medal at the Commonwealth Games held at Glasgow in Scotland in a 25m air pistol event. Later that year, she then participated in the 2014 Asain Games at Incheon in South Korea where she won a Bronze medal in the Women’s 25 m pistol team.

In 2015, Rahi Sarnobat received Arjuna Award from the Government of India. Later that year, she met with an accident and injured her elbow and had to take a break for two years.

In 2018, She made her comeback at the Asian Games held in Jakarta in Indonesia where she won a Gold medal in a 25m air pistol event. she became the first Indian woman shooter to win gold at Asian Games.

In the following year, she won 2 gold medals at the ISSF world cup (each in Munich and Germany) in a 25m air pistol event. By winning the gold medal at the world cup, she had secured her berth at the 2021 Tokyo Olympics.

Thank you for your hard work & dedication in transforming my game in such a short span.Guiding & encouraging me to reach my potential.Couldn't have done it without you.HAPPY BIRTHDAY Munky!Another milestone!Wishing you many more to come. #birthday #birthdaygirl #milestone pic.twitter.com/wio4vnYkiB