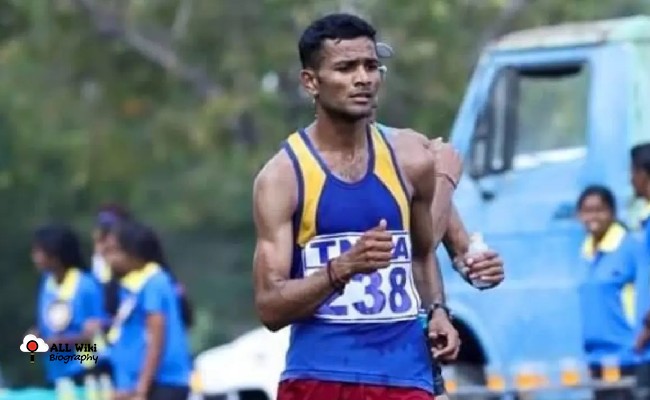 Rahul Rohilla is an Indian Racewalker and he represents India in a 20km Race walking event. He was born on Friday, July 5, 1996, in Bahadurgarh, Haryana, India. His father worked as an electrician, and his mother is a housewife.

In 2013, at the age of 17, Rahul started participating in racewalking with his cousin Ashish. Currently, his brother Ashish acts as his personal coach.

Owing to his parent’s illness, he had stopped pursuing his dream of becoming a race walker for some time and the expenses of his parent’s medicine was around 10000- 12000 per month. He then received a 5 lakh donation from the up government as aid.

In 2017, Rahul joined the Indian army in the sports quota. He then resumed his practice and shifted to the 20km category. On 15 Dec 2017, he participated in a racewalking event held in Mangalagiri and finished at 7th with a timing of 1:36:21s.

A year later, in the same tournament, he won a silver medal with a time of 1:20:26 and qualified for his debut summer games at the Tokyo Olympics 2021 in the men’s 20 km walk event.