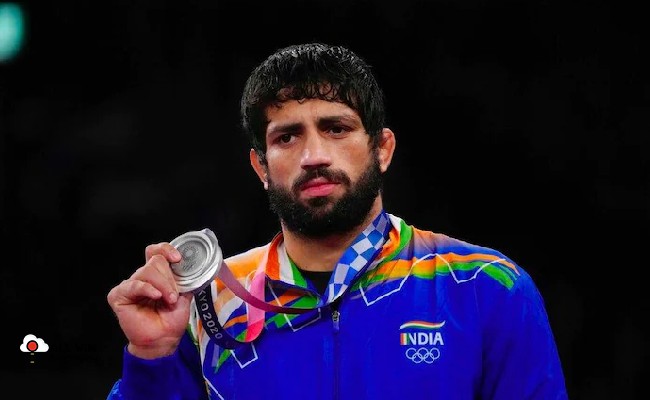 Ravi Kumar Dahiya is an Indian wrestler and He was born on Friday, December 12, 1997, in Nahri, Sonipat, Haryana, India. His father Rakesh Dahiya is a farmer and his mother Urmila Devi is a Housewife.

Ravi was interested in wrestling from a young age and joined Chhatrasal Stadium in North Delhi in 2007. Since then, he was trained by Satpal Singh, 1982 Asian Games gold medalist and former coach of Sushil Kumar.

His father Rakesh Dahiya used to travel 8-10 km daily from Nahri village to Chhatrasal Stadium to deliver fresh milk and fruits to make sure that his son was taking a proper diet, for more than a decade.

In 2015, Ravi made his international debut at the 2015 World Junior Wrestling Championships and won a Silver medal in the 56 kg category. He then suffered from injuries and took a break for more than a year.

Later, in 2018, Ravi participated in the 2018 World U23 Wrestling Championships and won a Silver medal in the 57 kg category.

In the following year, he made his debut at the World Wrestling Championships where he won a Bronze medal after he lost to Zaur Uguev (defending champion and eventual gold medalist) in the semifinal round in the 56 kg category. With this win, he secured a berth for his debut Summer games at Tokyo Olympics.

In the Tokyo Olympics, Ravi Kumar won a silver medal after losing to ROC wrestler Zaur Uguev in the final and became the second Indian wrestler to win an Olympic silver after Sushil Kumar.

After winning the silver medal at the 2020 Tokyo Olympics: