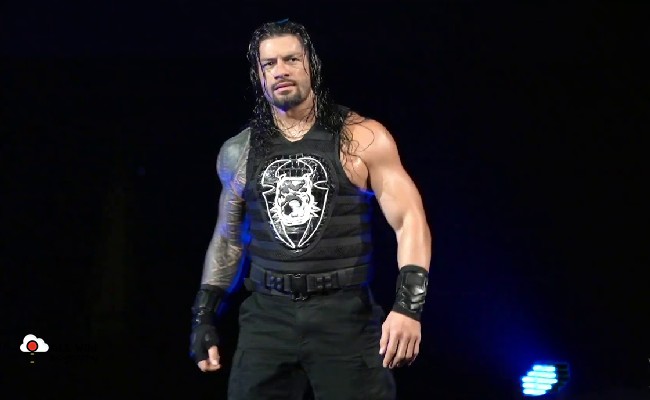 Roman Reigns aka Leati Joseph Anoa’i is an American Wrestler, Actor, and Former Football Player. He was born on Saturday, May 25, 1985, in Pensacola, Florida, U.S.

Joseph was born into the legendary American Samoan Anoa’i family, with a huge legacy of professional wrestlers. His father, Sika Anoa’i, is a WWE Hall of Fame and best known as a member of the WWF tag team ‘The Wild Samoans’.

He did his schooling at Pensacola Catholic High School, Pensacola, Florida and Escambia High School, Escambia County, Florida. He then went to Georgia Institute of Technology, Atlanta, Georgia and completed Majors in Management

From his school days, he was always fascinated by American Football. He was signed by Minnesota Vikings in the NFL in May 2007 and released later that month. In August, He then signed by Jacksonville Jaguars, but they too released him within a week.

In 2008, he then signed by Edmonton Eskimos (Canadian Football League) and played a season in the CFL for the 2008-2009 season. Roman then decided to retire from football to start concentrating on wrestling.

In 2010, Roman signed a developmental contract with the World Wrestling Entertainment (WWE) and was drafted to FCW, with the ring name “Leakee”. He lost his debut FCW match to Richie Steamboat and got his first win against Fahd Rakman. During the rebranding of FCW to NXT, he also changed his ring name to Roman Reigns in 2012.

In NXT, he had only lasted 3 singles competition matches, he was then called up to enter the main roster with ‘The Shield’. The Shield’ made an astonishing debut on the WWE main roster during the Survivor Series pay-per-view by attacking John Cena and Ryback by helping out CM Punk to retain the WWE Championship in 2012.

In 2012, Roman received a 4.5 rating from the prolific wrestling expert, Dave Meltzer, for his debut match at Tables Ladders Chairs (TLC), which even The Rock and The Undertaker didn’t get.

He benefitted the most out of ‘The Shield’ as after the dissolution of ‘The Shield’ in 2014. Vince McMahon and company pushed him to be the new face of WWE while he is also one of the most polarised superstars in WWE.

Roman Reigns eliminated a record of 12 superstars at the 2014 edition of Royal Rumble, thus broken Kane record of 11 eliminations in 2001.

A post shared by Joe Anoai aka “Roman Reigns” (@romanreigns)