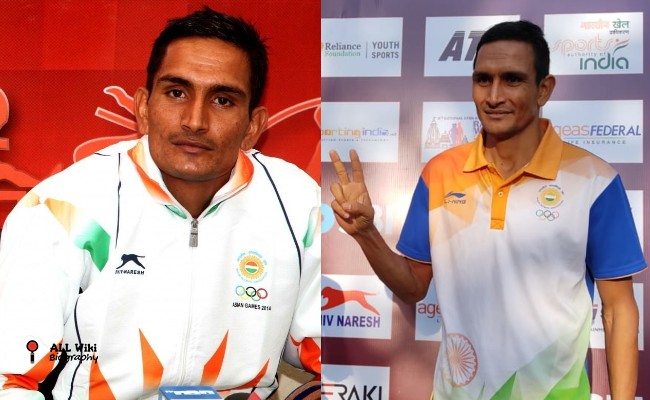 Sandeep Kumar is an Indian Racewalker and He represents indian in 20km Race Walking and 50km Race Walking. He was born on Thursday, May 1,1986, in Mahendragarh, Haryana, India.

He was born in farmers family and don’t have any sports background. In 2006, He then joined Indian Army and serving at Jat Regiment centre. Before joining Amry, Snadeep showed potential in his wrestling career and won numerous wrestling championships.

In 1997, Sandeep won the gold medal at the Russian championships.He is a three-time winner of the Australian Asian Championships. At Jat Regiment centre he was inspired and interested in racewalking, he then took it as professionally and dreamed of earning a medal in Olympics.

He don’t known anything about racewalking before joining Army. In 2014, Sandeep Participated In the IAFF World Race Walking camp held in Taicang, China And broke a new national record set by Basant Bahadur Rana (3:56:48) in 50km racewalking event at 2012 London Olympics.

In 2015, he then participated at the 2015 World Championships in Athletics held in Beijing, China, in the 50 kilometres walk event.

Due to some problems with coach Alexander Artsybashev, he then joined Bengaluru SAI Center to NIS Patiala and started training under Surender Kumar.

In 2020, Sandeep participated in the national championship held in Ranchi and missed the qualifying mark – 1:21:00 – by 34 seconds. A year later, he managed to break record and qualify for Tokyo Olympics.