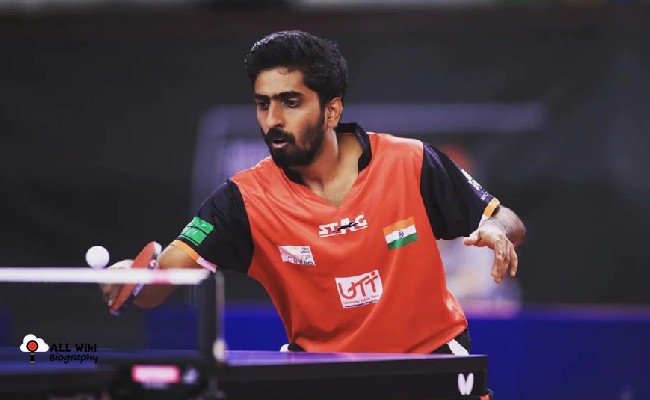 Sathiyan Gnanasekaran is an Indian Table Tennis Player and He represents India internationally in Table Tennis singles, doubles, and mixed doubles. He was born on Friday, January 8, 1993, in Chennai, Tamil Nadu, India.

His parents couldn’t afford to pay his school fees, however, he managed to complete his school education. Also, he got a free engineering seat in one of the engineering colleges in Chennai. Sathiyan lost his father to cancer in 2015.

He then competed at the junior state and national competitions and performed well in the doubles and singles categories. In 2011, He made his international debut for India at the World Junior Championships and won the Bronze medal with the Indian team.

Then he moved to Germany along with his coach Raman to get proper training. His coach Raman took care of all the expenses for training. After returning from Germany, he then competed in the senior state and national competitions and won many medals.

In 2018, he won 3 medals at his debut Commonwealth Games held in Gold Coast, Australia, Gold, Silver, and Bronze medals in Men’s Team, Men’s Doubles, and Mixed Doubles respectively. Later that year, he won the bronze medal for the Indian men’s team at his debut Asian Games.

In 2020, he won the Silver medal in Men’s Doubles event at the ITTF Major held in Hungary. He then qualified for his debut Olympics at the 2021 Tokyo Olympics in Men’s Singles with 2 consecutive victories at the Asian Olympics Qualification Tournament in Doha.