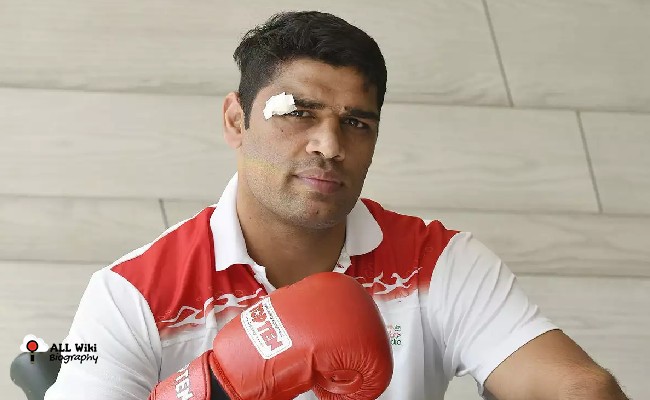 Satish Kumar is an Indian Professional Boxer and He was born on Thursday, May 4, 1989, in Bulandshahr, Uttar Pradesh, India. He was born in a farmers family and he has three brothers. He never thought of making a career in sports and he got inspired by his elder brother and wanted to join the army like him.

In 2008, he joined in Indian army as a sepoy. He then moved to Ranikhet, where he was spotted by boxing coaches for his height during a boxing camp and they urged him to try his luck in boxing. During this time, He didn’t have any idea about boxing and used to think that WWE is boxing.

Satish then started his professional boxing career and participated in various local and state-level boxing competitions. In 2010, he made his debut at the national level and he then won a silver medal in Senior National Boxing Championships 2011.

In the following, he won the gold medal at the Indian National Championships, by defeating Praveen Kumar in the finals. He next won a bronze medal at Korotkov Memorial Tournament held in Russia in 2013.

In the same year, he participated in ASBC Asian Continental Championships in Amman, Jordan. Later in the year, he represented India in the AIBA World Championships in Almaty, Kazakhstan, but, disqualified from the event due to an injury after his pre-quarterfinal bout.

He then won the silver at the Commonwealth Games 2018 and then won the gold medal in the Grand Prix Usti Nad Labem held in the Czech Republic. In the same year, Satish received ‘Arjuna Award’ from the Government of India.

In 2020, he qualified for the Tokyo Olympics and became the first Indian heavyweight boxer (91kg category) to ever qualify for an Olympics.