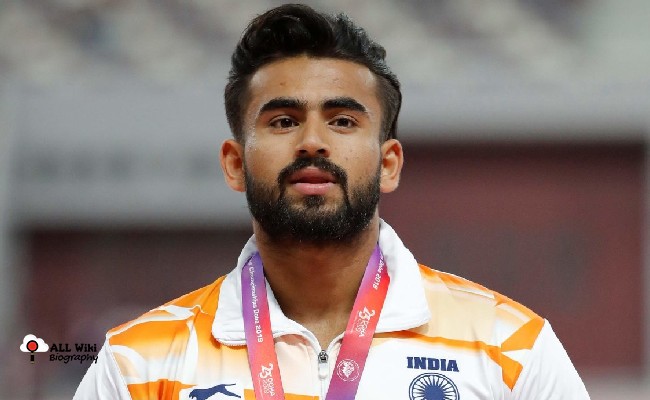 Shivpal Singh is an Indian Athlete (Javelin thrower) and He was born on Thursday, July 6, 1995, in Varanasi, Uttar Pradesh, India. His father Ramasaray Singh is a former Javelin thrower and his mother Poonam Singh (Late).

At the age of 10, Shivpal started playing Javelin thrower. During his childhood, he was an overweight kid. At the age of 12, His father then sent him to his uncle’s Jagmohan Singh house in New Delhi to hone his Javelin skills and got trained for almost six years.

Later, he was trained by Kashinath Naik at the National Sports Institute in Patiala. In 2012, Shivpal got selected in the Indian Airforce as Junior Warrant Officer.

Shivpal performed well and won medals at the district level and at the national level in the javelin throw. He first got his 1st International call to participate in the World Junior Athletics Championships in 2015, but unfortunately, he was out from the tournament due to an injury.

He won a Gold medal and created the national record of 79.67m set by Jagdish Bishnoi in 2000 by throwing at 82.28m at the National Inter-State Athletics Championships in 2018.

In 2019, he won his 1st international Gold medal in the men’s javelin throw event at the Budapest Open athletics in Hungary. He next won his 2nd Gold medal at the World Military Games held in Wuhan.