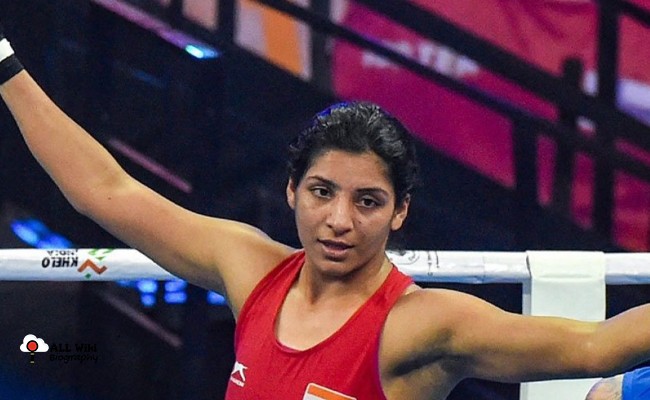 Simranjit Kaur is an Indian Professional Boxer and She was born to Kamal Jeet Singh and Rajpal Kaur on Monday, July 10, 1995, in Chakra, Ludhiana, Punjab, India. She has 3 siblings, one elder sister and two younger brothers and She followed her three siblings took boxing.

Intially, she wasn’t intrested in boxing and she interested in her studies. When her elder sister took her to the ring, after watching her siblings giving in their effort in boxing, she finally decided to try her hand in boxing.

She then fell in love with the sport and enrolled her name at Sher-e-Punjab sports academy in her village. In 2011, Simranjeet Kaur got her first breakthrough, when she won a Bronze medal at the 6th Junior Women National Boxing Championship held in Patiala. She then went to the national camp in Visakhapatnam.

She then won the bronze medal at the Senior Elite Women National Boxing Championship 2015 held in Guwahati. In 2018, she won gold medal in the 64kg category at the Ahmet Comert International Boxing Tournament in Istanbul, Turkey.

In the following year, she won her 2nd International Gold medal at the 23rd President’s International Boxing Tournament 2019 in Labuan Baju, Indonesia. She next won Silver medal at Asian Championships 2019 held in Bangkok.

In 2021, She won Bronze medal at Asian Championships held in Dubai. She then clinched silver medal in the women’s lightweight (57-60kg) division at the Asian boxing Olympic qualifiers 2020 held in Amman, and qualified for the Tokyo Olympics.