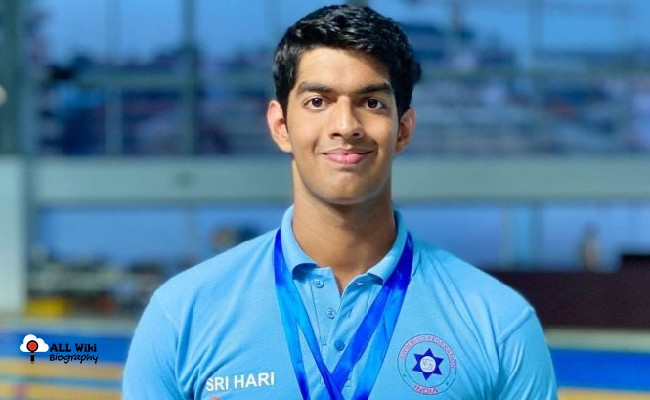 Srihari Nataraj is an Indian Swimmer and He represents India in Laser Standard and Radical events. He was born on Tuesday, January 16, 2001, in Bangalore, Karnataka, India.

He then bagged his first International Gold medal with his 4x100m Freestyle Relay team at the Asian Age Group Swimming Championships. He then won 2 Gold medals while shattering his own national record in 200m Backstroke (2:02.29s) and 100m Backstroke (55.63s) at the 73rd Senior National Aquatic Championships.

In 2021, He won 2 gold medals and broke his national record in 100m Backstroke (54.07s) and 50m Backstroke (25.11s) at the Uzbekistan Open Aquatic Championships. Later that year, He achieved ‘A’ Olympic qualification time in 100m Backstroke for the 2020 Tokyo Olympics at the Settecolli Swim Meet in Rome, Italy.