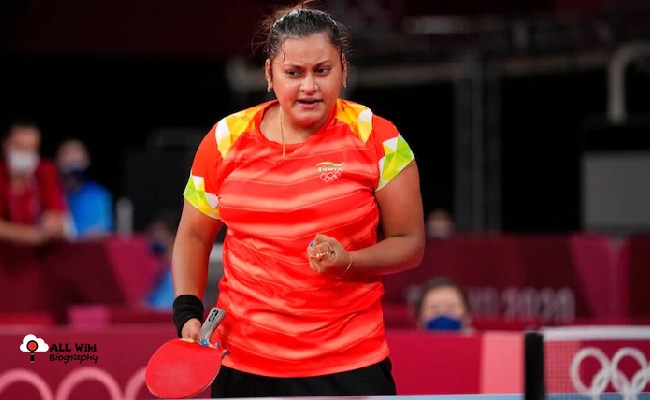 Sutirtha Mukherjee is an Indian Table Tennis Player and represents India internationally in Singles and Team events. she was born on Tuesday, October 10, 1995, in Naihati, West Bengal, India.

Her mother Nita Mukherjee introduced her to table tennis when she joined Sutirth in a local table tennis club in Naihati. Initially, she was trained under coach Mihir Ghosh. Later, she moved to Jadavpur and started training under Soumyadeep Roy.

In 2006, she played her first national tournament and in 2008, she won her first title by winning the Girls Doubles title with partner Camelia Sil at the Sub-Junior National Table Tennis Championships in Vijayawada

In 2013, She made her international debut at the 2013 Junior ITTF Open in Slovakia where She won three titles in the Girls Singles, Doubles, and team events.

In 2016, she was given the title of the National Champion at the 78th Senior National Table Tennis Championships.

Two years later, at the 2018 Commonwealth Games, She was part of the women’s team that won the historic Gold medal by defeating the defending Gold-medalist team Singapore in Gold Coast, Australia.

In 2020, She secured his berth for summer games at the 2021 Tokyo Olympics by defeating compatriot Manika Batra at the Asian Olympic Qualifiers in Doha, Qatar.