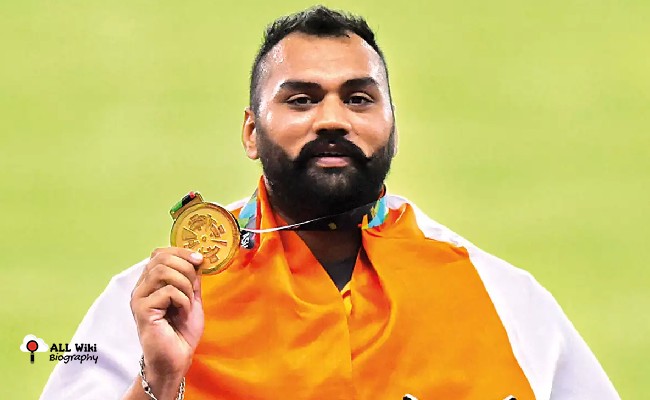 Tajinderpal Singh Toor is an Indian shot putter and He was born on Sunday, November 13, 1994, in Khosa Pando, Moga district, Punjab, India. His father Late Karam Singh is a farmer and his mother is a homemaker.

Initially, Tajinderpal was interested in pursuing a career in cricket but due to his father, Karam Singh encouraged him to try his hand at the individual sport. He then switched to shot put and he was learned initial training from his uncle.

In 2015, Tajinderpal joined the Indian Navy and serving as Acting Petty Officer. In the same year, he won his 1st national medal by winning the Bronze at the Open National Athletics Championships with a throw of 17.78m. He then made his international debut at the World University Games and finished at the 5th position in the final by throwing 19.24m.

In 2018, at the Asian games, he won a gold medal with a throw of 20.75m, by breaking the Games record and the national record. He then lost his father to bone cancer days after he returned from his Jakarta heroics.

In 2019, He won a Gold medal with a throw of 20.03 meters at the South Asian Games. Later that year, he shattered his own national record of 20.75m by throwing 20.92m at the National Open Athletics Championships in Ranchi, Jharkhand.

In 2021, Tajinderpal qualified for the Tokyo Olympics with a throw of 21.49m in the Indian Grand Prix-4 at Patiala. With this throw, he once again shattered his own national record and Asian records.