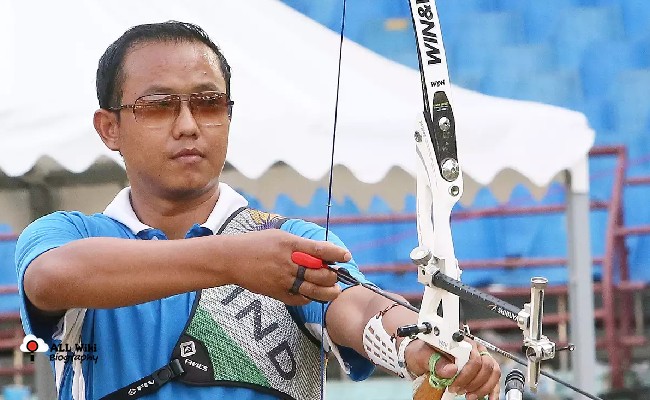 Tarundeep Rai is an Indian Professional Archeress and He was born on Wednesday, February 22, 1984, in Namchi, Sikkim, India.

In 2003, at the age of 19, Rai made his debut in the Asian Archery Championship at Yangon, Myanmar. In the following year, He also participated in the Summer Olympics (2004) as a member of the Indian men’s archery team and they finished at 11th place in that tournament.

He also became the first Indian to make it to the semifinal round of the World Archery Championship in 2015, where he narrowly lost to Won Jong Choi (South Korea) by 106-112 for the bronze medal play-off.

In the same year, He was honoured with the Arjuna Award (India’s second-highest sporting award) by President of India A. P. J. Abdul Kalam. Currently, He has been employed in the Indian Army.