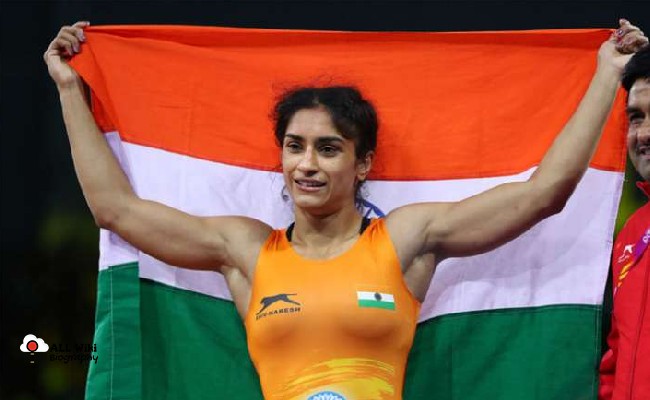 Vinesh Phogat is an Indian wrestler and She was born on Thursday, August 25, 1994, in Balali, Haryana, India. She was the first Indian woman wrestler to win gold in both Commonwealth and Asian Games.

Vinesh hails from one of the traditional wrestling families from Haryana. She was introduced to wrestling by her uncle and former wrestler Mahavir Phogat. She along with her cousins Geeta Phogat, Babita Kumari and Ritu Phogat were trained by Mahavir.

She then qualified for her debut summer games at the 2016 Rio Olympics but ended her journey in the quarter-finals after losing to Sun Yanan of China due to a knee injury.

A year later, she won her first world championship medal by winning bronze in the women’s 53 kg category at the 2019 world championships held in Nur-Sultan, Kazakhstan. With this win, she then secured her berth at summer games at the Tokyo Olympics 2021.