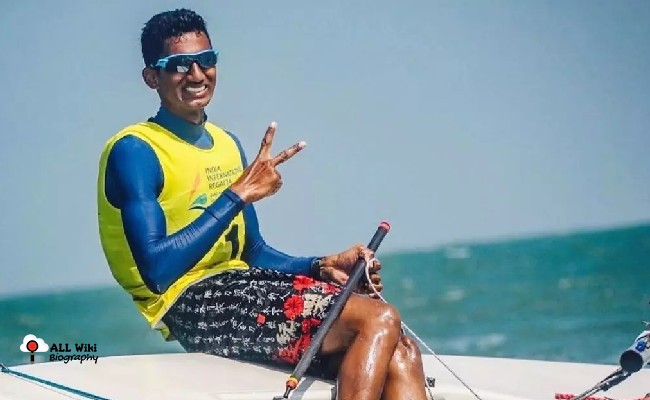 Vishnu Saravanan is an Indian Sailer and He was born on Wednesday, February 24, 1999, in Mumbai, Maharashtra, India. His father Major Ramachandran is a retired army man and sailor and his mother is a housewife.

Vishnu has a young sister Ramya, who is also a sailor. Vishnu was interested in sailing from his father and decided to pursue sailing seriously. He wanted to fulfill his father’s dream of winning medals for India in sailing.

He then won the Silver medal at the National Inland Optimist Championship 2013 in Pune. At the age of 17, he was selected to the Madras Engineers Group Boys Sports Company as a cadet in 2015. In 2016, he won the Gold medal in Laser Radical category at the YAI Youth Nationals in Chennai.

In 2020, he won the silver medal at Mussanah Open Championship in Oman in Laser Standard and qualified for his debut Olympics in sailing at the Tokyo Olympics.