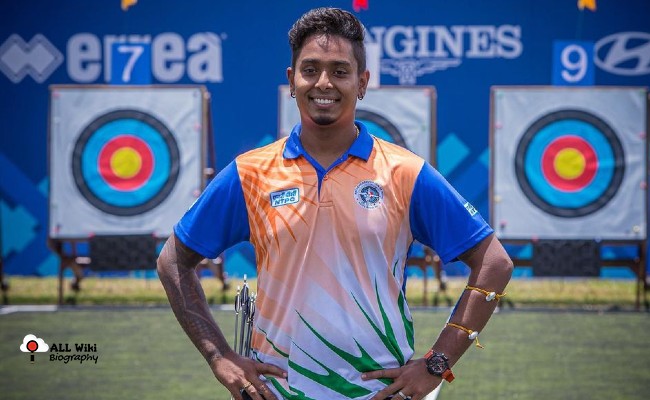 Atanu Das is an Indian Professional Archeress and He was born on Sunday, April 5, 1992, in Baranagar, West Bengal, India.

Initially, Das started her training under his Coach Mithu Da. Later, in 2008, He joined Tata Archery Academy in Jamshedpur. Here he got trained under Korean Coach Lim Chae Wong.

In 2013, Das won a Bronze medal at the World Cup Mixed Team event organized in Colombia, along with Deepika Kumari. He got married to Deepika Kumari (Archer) in 2020.

In the same year, He was honoured with the Arjuna Award (India’s second-highest sporting award) in the year 2020 by President of India Ram Nath Kovind. Currently, He has been employed in Bharat Petroleum Corporation Limited, Kolkata.