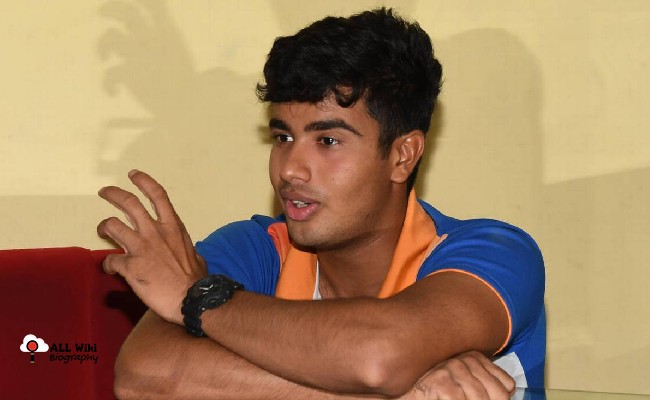 Kc Ganapathy is an Indian Sailor and He was born on Saturday, November 18, 1995, in Tamil Nadu, India. His father Kelapanda Deepak Chengappa (late) and his mother Reshma Chengappa is a businesswoman, she runs a furniture business in Chennai.

At a very young age of six, he was interested in Sailing. He began training in Sailing at Tamil Nadi Sailing academy and to purses his career in sailing, he even quit school. Later, he joined an open school to complete his education.

At the age of 11, he won his first Gold medal in the U-12 National Sailing Championship 2006. He then won the Bronze medal in the Optimist at the YAI Combined Class Regatta 2009 (Boys).

In 2011, he joined along with Varun Thakkar (his siling partner). They know each other since a young age and they used to compete before joining together.

In 2021, The duo won the Gold medal at the MUSSANAH Open Championship and qualified for their debut Olympics at Tokyo.